Does your Combi fire up at odd times? 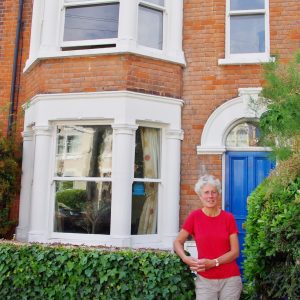 About a month ago, after we’d had a few plumbing jobs done, we noticed that our Combi boiler was turning itself on every time we used a cold tap. Or more precisely, the boiler turned itself on briefly, a few seconds after we turned a cold tap off.

This seemed very odd! The whole point of a Combi is that it only heats up the hot water when you need it. It was also very annoying, because we try hard to keep our energy usage and carbon emissions to a minimum, and this was clearly wasting energy. We subsequently estimated that it had increased our summer gas usage by about 10%.

It happens when air has been trapped in the pipework to the taps (note this is a completely different circuit to the one that heats the radiators). Because the trapped air acts like a bouncy cushion, when a cold tap is turned suddenly off, the shock compresses the cushion of air, which tricks the Combi into thinking that the hot tap has turned on. This means that to fix it, ideally you need to find a way to let out the trapped air. 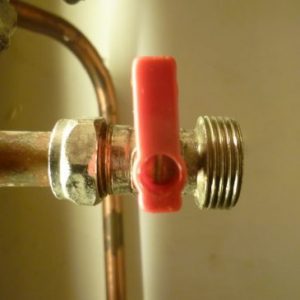 Hopefully this will have been done with a little tap, which makes it very easy to bleed the air out. In our case, I found three of these little taps: one for the unused hot feed for our washing machine, and another pair in a cupboard where our washing machine used to be. Once I’d bled the air out of these, the combi started working perfectly again.