About you
My name is Peter Gilheany and I live in Histon, just outside Cambridge with my partner and two children, aged 9 and 11. I run a PR agency called Forster Communications and commute to London most weekdays

How long have you been involved with Cambridge Carbon Footprint and what is your role?
I got involved initially when they asked me to come in and run a session on how they could market themselves more effectively. I was really taken by their ambition and energy since helped out at a few events including the Strawberry Fair and the recent bicycle powered cinema event

So, what do you actually do?
The initial bit of volunteering was running a communications workshop session with the team alongside some volunteers and trustees, to get them thinking about the audiences the need to reach and the channels they should be using to reach them. Since then I’ve been a useful pair of hands, helping to set up at events and always happy to engage people on the work the organisation doing

Why do you volunteer with CCF?
Because they are trying to do something practical, local and relevant about an issue that to many people seems to big, intractable and difficult, leading to many to bury their head in their hands and do nothing. CCF aren’t arguing about the minutiae of climate change, they are seeking to inspire people to take action over the thing they control – their own lives. I love small organisations with ambitions to punch above their weight, which is CCF all over

What are or have been the best bits?
The comms session was great simply because of the willingness of the attendees to engage and listen. I loved Strawberry Fair as it was a chance to talk to people about climate change for whom it isn’t an obsession, rather than preaching to the converted which is what often happens – much better to challenge and be challenged than simply have your own beliefs validated by people just like you

If you were to encourage new people to volunteer with us, what reasons would you give?
It is easy, you can get involved as much or as little as you want, and it is the chance to do something practical and positive about climate change, as well as learn a few things for yourself along the way 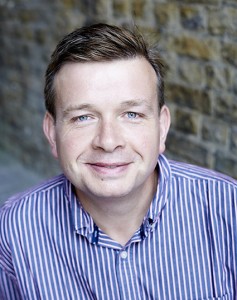