Change is difficult but is our current transport system working for us? 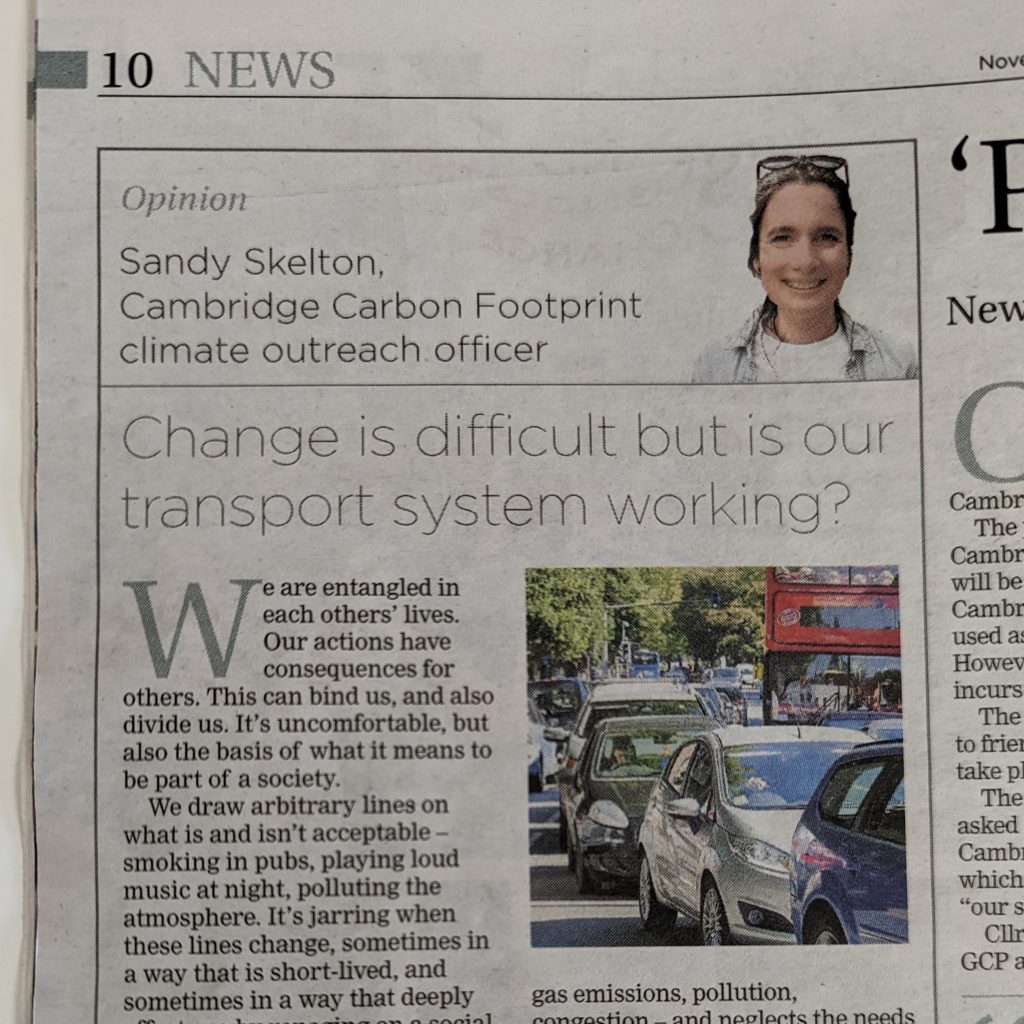 We are entangled in eachothers’ lives. Our actions have consequences for others. This can bind us, and also divide us. It’s uncomfortable, but also the basis of what it means to be part of a society. We draw arbitrary lines on what is and isn’t acceptable – smoking in pubs, playing loud music at night, polluting the atmosphere. It’s jarring when these lines change, sometimes in a way that is short-lived, and sometimes in a way that deeply affects us by reneging on a social contract on which we had relied. We’ve bought houses and set up businesses on the basis of a set of rules and all of a sudden the goal posts move.

A key way that we’ve impinged on eachothers’ lives, and on those of future generations, is through greenhouse gas emissions. By current trends, we’ll use up our remaining carbon budget within the 8 years to 2030, resulting in temperature increases in excess of the 1.5°C aim set by international governments, risking catastrophic consequences including wiping out several island nations and making the arctic ice-free in summer.

These changes are already underway. In the UK this summer we saw record temperatures of 40.3°C and heat waves causing more than 2,800 excess deaths. This winter, Cambrigeshire farmers worry hotter weather will rot their potatoes, threatening our chippy supplies. The threats are fundamental, frightening and far reaching. Our children’s lives will be lived in a world that is governed by the physical, political and humanitarian consequences of climate change.

Our elected national and local governments have declared a climate emergency. Our council has shared a vision for Cambridge to be net zero in 8 years by 2030. We need to address climate change urgently now, not in theory but in practice. Now, with this austerity government, in the midst of this cost of living crisis and this war in Ukraine, whilst tackling the huge social injustices that come with living in the most unequal city in the UK. In this context, is our current transport system working for us?

A fifth of the city’s GhG emissions are caused by transport, partly because failing bus services (with 270 services cancelled in a single day last month &18 routes axed by Stagecoach East) force people into emitting cars that are expensive to run and maintain. Those who can’t afford a car are left stranded for journeys that aren’t bikeable. 48 deaths in the city in 2020 were directly attributable to poor air quality. Cambridge has some of the worst congestion in the UK, wasting commuters’ time and money. Our current transport system locks people into modes of transport that carry high costs for the rest of society (GhG emissions, pollution, congestion) and neglects the needs of those who don’t have the privilege to own a car. As Cllr Hillary Cox Condron says “To do nothing would be immoral”.

The GCPs proposal is to radically improve the bus network adding new routes and more frequent buses with a bus journey in the city costing £1 and a bus journey from the villages into the city costing £2 for the full journey including any bus changes needed. The proposal includes improved pay & conditions for bus drivers to combat the driver shortages that Stagecoach East blame for their current failings. Only once these improvements are made, will a £5 daily charge on car journeys be phased in, with exemptions for blue badge holders, people accessing the hospital, people on low incomes, car club members and others.

The proposal is not perfect, but it does address the scale and urgency of the situation that we face, and is the only realistic, funded proposal on the table to achieve climate justice in Cambridge in the next decade. We can’t shy away from the changes to our daily routines that the proposed car charge makes us confront, if we are to limit the dire consequences of climate change. Our future transport system will only work for us if we help to shape it. We don’t need a yes/no referendum. We need to respond to the consultation in a constructive way, acknowledging the climate emergency and being realistic about limited public funds under austerity.

To find out more about the proposal and and have your say see tinyurl.com/STZ-now. 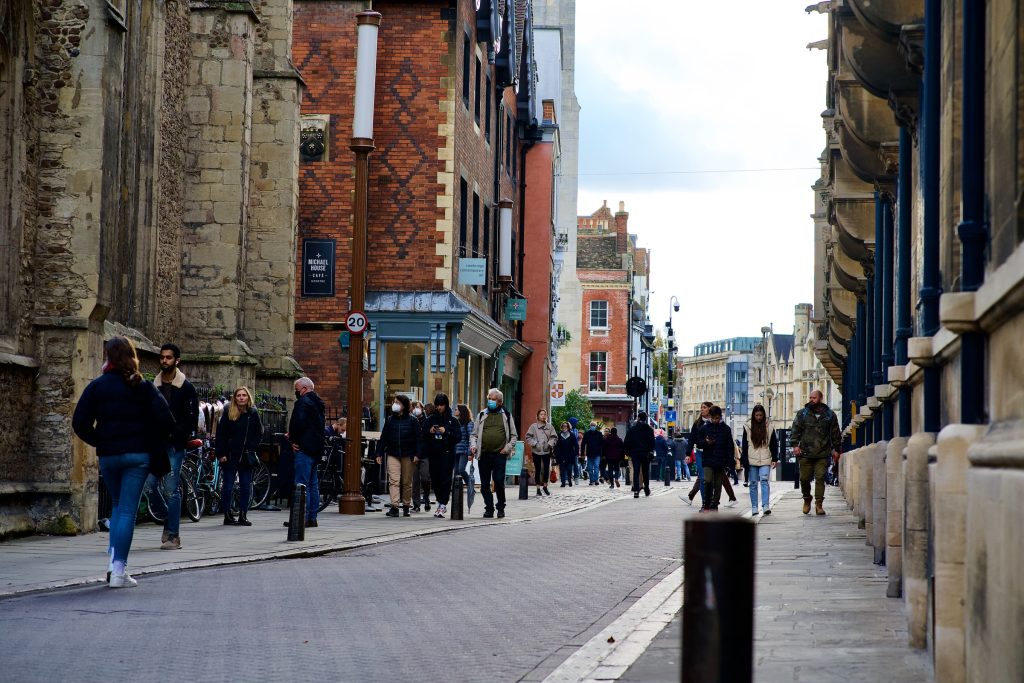